CORVALLIS – In an editorial last week the Gazette-Times touched on the gradual erosion of our laws regarding open meetings and public records. Once “among the strongest in the nation,” it claims, these laws “have been watered down, exemption by exemption, over the years until they are shadows of their former selves.”

In yet another blow to transparency of public records and processes, Corvallis District attorney John Haroldson sided with Oregon State University in the matter regarding the public records request of the Gazette-Times and former OSU Student Media Advisor Kate Willson.

Haroldson stated his ruling hinged on “a highly technical argument,” reasoning that the ‘data dictionaries’ and ‘record layouts’ required to make sense of the data are proprietary, belonging to Ellucian, the software company that created the database OSU uses. 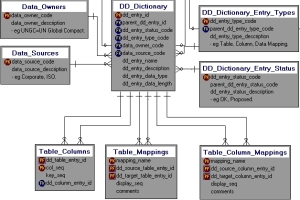 Information is information. Data is data. Spit it out so we can make sense of it or give us enough tools to interpret it. Either way, you can keep the precious algorithms to yourself.

In fact, that’s just what Willson says she advocated for when offering to meet with OSU information technology to be able to glean just enough information about the data to actually be able to interpret it.

Not only is the proprietary angle a red herring, so is the claim that releasing the information on infringes on FERPA laws. What is at issue is the University system’s remuneration of its employees and 3rd class treatment of its student workers.

Oregon State University has long been criticized for depending on graduate students to teach courses and paying them next to nothing. And, their classified vs. non-classified designations are often used as a blunt instrument to enforce an inter-office class system that extends benefits and perks to some but not others.

These are issues the university fears to get out in the open, for no doubt, the warranted criticism it would receive.

OSU got much more than they bargained for in Kate Willson, and they have attempted to bully the wrong employee.

An experienced journalist, not only has she tendered her resignation at OSU, but she’s already landed a position at the Willamette Week where she vows to continue to press for the records she has requested. OSU will not be able to use the lame reprimand they gave her for filing the request jointly with a student journalist on the grounds that students should do their own work. Or even the more ridiculous notion that she doesn’t meet the definition of a “natural person” in the Oregon Public Records Law.