Thoughts on the Black Bruin 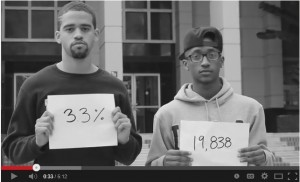 COMMENTARY – If you haven’t seen Black Bruin, the spoken word critique of higher education at UCLA, it’s provocative, to say the least.  And, it has spawned many copies at universities across the nation.  I’ll focus on the ones for UCLA and Oregon State University (OSU).  OSU’s video was covered locally and the same story was picked up regionally.  I have two main points regarding this type of advocacy.

One, I love the DIY and it’s very effective use of stats, comparing incoming black freshmen to the number of national championships.  However, some of the targets are wrong; the travel budget of a department head is chump change when compared to institutional change, and while criticizing the usury of the black athlete is an easy target, it’s disingenuous without also acknowledging black culture’s tunnel vision regarding advancement through celebrity over education. 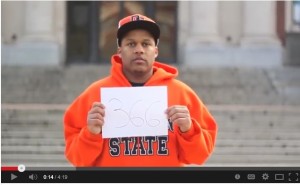 According to quickfacts.census.gov the African American population for California is 6.6% and for the US it’s 13.1%.  When it comes to addressing minority advancement, enrollment to state universities should, at a bare minimum, match overall state population demographics.  Beyond that, I don’t have a magic formula to offer for correcting historical imbalances and repression.  But, if you buy my logic on student population mirroring overall population, UCLA is off by 2.8%.  And in this day and age, you’d think, it’s simply not good enough.

However, the Black Beaver video in the same vein, produced by students at Oregon State University, brought up an interesting point.  OSU partners with a program that heavily recruits foreign students called IntoOSU, partly because foreign student tuition is higher than in-state students.  OSU claims increased minority enrollment, and that led me to wondering where it’s coming from and to look at the overall student, state and national populations.  Here’s a quick comparison:

Sources:   CA/US (2012), OR/US (2012), UCLA (Fall 2013), OSU (Fall 2013)
Notes:  The Census data broke down Asian and Pacific Islander separately, while the UCLA and OSU data combined them. For the purpose of this chart, I combined them as well.  (Although in terms of racial inequity and cultural barriers, Pacific Islanders probably should be grouped with American Indians and Alaskan Native.)

Looking at the numbers this way reveals that Hispanics (47%) and Native Americans (35%) are more under-represented at UCLA than African Americans (58%), when compared to California statewide populations.  Whites are at 71%, so no-one’s crying about them.  But the doozey of the outlier here is Asians; they are enrolled at UCLA at more than twice their California population.  And, that doesn’t include international students.

It’s tough to draw conclusions about racism in education based on percentages of enrollment.  Overall minority populations in higher education continue to trend up, and white population continues to drop.  According to nces.ed.gov data measuring fall enrollment at degree-granting institutions; whites have dropped from 82.6% of the student population in 1976 to 60.5% in 2010, while overall minority enrollment has gone from 15.4% to 36.1% in the same period.  The overall student population has also doubled.

However, it’s clear that this new “diversity” is being imported, to some extent.  At OSU, it’s very much been through a public/private partnership tapping international students to bolster enrollment growth.  So, in this light, it does appear African Americans (and other non-Asian minorities) continue to be underserved in the halls of higher learning.

So what are we going do about it?

I guess I have a question for the young black men and women on campuses across America.  What do you want?  What is a reasonable enrollment goal for African Americans on US campuses?  There was a theme of a lack of expectations based on race, and simply feeling alone or isolated.  What are your suggestions to make the environment better?